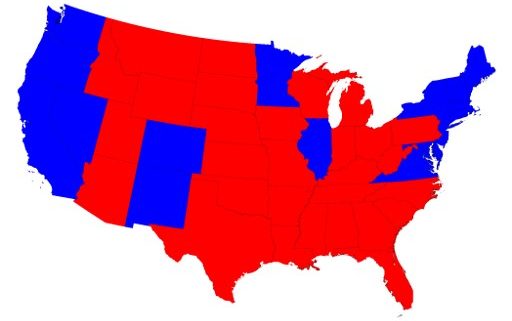 David Weigel of The Washington Post writes, “The last Martin Luther King Jr. Day before America’s first black president handed power over to Donald Trump was always going to be awkward. Rep. John Lewis, D-Georgia, determined just how awkward it would be when he told Chuck Todd of “Meet the Press” that he did not see Trump as a “legitimate president.” He continues, “No one needs a refresher on how Donald Trump responded, with an insult to the city of Atlanta. But some might have missed the pushback in mainstream and conservative media.”

Reports are that Martin Luther King III played down the kerfuffle following a meeting with Mr. Trump in New York that he described as “very constructive”. He said “that in the heat of the moment a lot of things get said on both sides”. Vice President Elect Mike Pence told Fox News that he “was so disapointed in Rep. Lewis”. Yvette Clarke however, one of five representatives for New York, who also plans on boycotting President Elect Trump’s inauguration said, “When you insult Rep. John Lewis, you insult America.”

There you have it. The crossing of blades. Yet the more I learn about Dr. Martin Luther King, Jr., the more I admire and respect that he remained true to his faith and beliefs. His speech and behavior were the result of his constant core; not a sound bite when the cameras were rolling, nor an opportunity to gin up his supporters. I can’t find that he ever used his position for personal aggrandizement; but rather worked tirelessly to right a wrong he considered much bigger than himself. There are those today, who walked along side Dr. King many years ago, that seem to have forgotten that relationship and involvement in the Civil Rights movement does not endow them with special rights or privileges nor does it allow them to co-opt that experience for their own personal agenda. What happened to the “Not Red America or Blue America JUST America”? Where is the tolerance that so many have clamored for in the past 25-30 years. Nowadays, if I disagree with you, or almost 62 million people, I just pronounce you” illegitimate” and that settles it? The test of true sincerity about what a person really believes is not what they say but rather how they act when they have the power … whether it be real or perceived.

Many say that Dr. King was a man who longed for civility and dialogue as the preferred option. On the day we honor his life, his work and his memory, one has to ask – would Dr. King call America’s president elect illegitimate? Would he boycott his inauguration and call for others to do so? From what I have read and learned about him, I think not!