Everyone makes mistakes! Well almost. One of my mentors once said, “There are two people who never make mistakes … those who are six feet under and those who never do anything”.
Leaders do things! They influence others by mentoring, coaching or motivating them to a desired place; an end result. To move people forward, leaders make decisions. Throughout a career of decision making, leaders will inevitably make mistakes.
Minor mistakes may go relatively unnoticed. However, mistakes that are glaring, costly or damaging will almost always end in confrontation. When confronted about a “big” mistake, a person’s response can either become a career builder or a career killer. The correct response can build character and enhance leadership potential.
3 Correct Responses to Confrontation
1. Do not offer an immediate defense or excuse. Far too many workers have ruined an otherwise redeemable situation by telling their supervisor why the mistake wasn’t “their fault”. At this point, “fault” isn’t the major issue. The supervisor wants to bring clarity and understanding to the thought process that caused the mistake. No one wants a reoccurrence of the mistake.

2. Do not respond by pointing out perceived mistakes made by the decision maker. If you want to learn and grow as a leader, indeed keep your job, don’t go tit for tat with your supervisor. Sure they make mistakes, they are human. This is not a moment to “one up” your boss. This is a moment to listen and develop the skill of listening. Listening to and understanding others is a valuable trait of good leaders.

3. Do not allow pride and ego get the better of you. The old expression “take your licking” is applicable in this scenario. Some believe that humility is an essential character trait of an effective leader. Others are watching to see if you “hear” and “heed” your supervisor’s correction and instruction. If you do, you may have a greater opportunity to influence and guide them. If you “blow it” by not responding well, your influence/leadership may be irrevocably damaged and you may never know if you could have effectively directed those around you.

Remember, others are watching you. People know character when they see it. When they see you exercise humility, restraint and good judgment, people see your true character. Demonstrating good character makes a positive impression. After all, isn’t “impressing” people the first step toward influence/leadership? 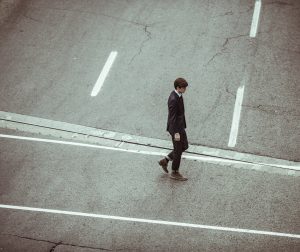